The importance of translation in the tourism and gastronomic sector

The importance of translation in the tourism and gastronomic sector was emphasized at the end of May, by the Catalan Tourist Board (ACT) presenting a new label: “Gastronomic Speciality in Catalonian Hotel Establishments.” This distinction will allow every establishment of less than 60 rooms that deserve it to boast about their restaurant.

ACT clearly wastes no time at all when it comes to promoting Catalonia. And so they should, because tourism is incredibly important in the region and we have to make the most of it. At Ontranslation though, what has most caught our attention is its gastronomic aspect (and not just because we love to eat and drink well.)

Contenidos ocultar
1 Is translation important for tourism and gastronomy?
2 Why translate restaurant menus?
3 For your culinary translations trust the experts

Is translation important for tourism and gastronomy?

Tourism means multiculturalism and multiculturalism means translation. Can a “gastronomic hotel” present their main product (their menu) in only one language? If we consider that it is a hotel and that tourists go to that hotel precisely because of its culinary offer? Absolutely not. And they can’t just take a shortcut by using Google Translate. It’s a good time to remember the post in which we talked about how important it is to translate restaurant menus well.

The cultural aspect of the names of dishes is enormous, whether it is in Spanish, Catalan, French or any other language. And the nuances can also be definitive to determine if the dish you have in the menu is one thing or another. We’re not even going to talk about those literal, funny and even pathetic translations that inhabit restaurant boards all around the globe, like Octopus to the Party for Polbo á Feira (god forbid), rather the type of translations that are very subtle and require a professional performance from start to finish.

The translation of a menu is a process that must be carried out in a careful way and it always has to be done by a professional translator. It is also very important to emphasize that this discipline’s cultural specificity makes adaptations to the different versions of a language necessary (a “calabaza verde”, which literally means green pumpkin, doesn’t mean the same in Spain and in Mexico.) 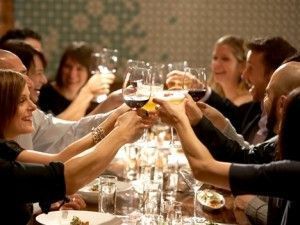 The fact that we are not talking about simple restaurants in this case, but hotel establishments with a prominent gastronomic importance, who essentially live off tourism, makes translation a key aspect in their daily life. Each dish, each line in their menu must be translated by a professional. The chances of having customers who speak other languages are very high, and these people, like us, want to know what is being offered.

For your culinary translations trust the experts

We have been specialising in culinary translation for a while now at Ontranslation, partly because we love food but mostly because we are aware of a sector’s needs, like tourism in Catalonia or in the rest of Spain, which is unstoppably powerful, and the only impediment it can have to reach people around the world is language. So we’ll help you pull down all those barriers.

What do you think of “gastronomic hotels”? Do you fancy a little trip?

Translating restaurant menus, wine lists and, of course, your restaurant’s website, will attract new clients to your business. To translate… END_OF_DOCUMENT_TOKEN_TO_BE_REPLACED

Increasing the presence of your hotel online should be at the top of your to-do list today. Tourism is one… END_OF_DOCUMENT_TOKEN_TO_BE_REPLACED

SEO translation for hotels, or the importance of translating to attract potential international clients

SEO translation for hotels is a strategy that we cannot stop focusing on. In the age of telecommunications, for instance,… END_OF_DOCUMENT_TOKEN_TO_BE_REPLACED